1. Evaluation of reform policies of the Parliament and Government during the period of September 2019 – September 2020 and its compliance with the Toronto Principles (based on the analysis of the Government Program, the plans of the ministries and the adopted/rejected regulatory acts)

The judicial reform, initiated in 2015-2016 on the initiative of President of Ukraine Petro Poroshenko, was not properly implemented and did not lead to a significant increase in the trust to the courts. Despite considerable progress at the legislative level in strengthening the guarantees of judicial independence and the implementation of European recommendations, the procedures for clearing and updating the judicial bodies did not produce the results expected by the society. The key staffing bodies with the majority of judges did not become agents of change. This is primarily due to the activities of the High Qualification Commission of Judges of Ukraine (hereafter - HCCJ) and the High Council of Justice (hereafter - HCJ) that condone the corrupt behaviour of judges.

The newly elected President of Ukraine, Vladimir Zelensky, like his predecessor, acknowledged the priority of judicial reform. His first initiatives in this area partly moved in the right direction, but certain miscalculations did not allow to achieve the intended results. The next steps, on the contrary, demonstrated a lack of political will to make qualitative changes in the field of justice.

On 16 October 2019, at his own initiative, a law that terminated the authority of the HCCJ[1] was passed. New bodies have also been introduced: the Tender Panel – for the selection of new members of the HCCJ, the Commission on Integrity and Ethics – for the assessment of the integrity of the members of the HCCJ, the HCJ and judges of the Supreme Court. These bodies should have been composed of half of the international experts – with the successful experience in establishing the new High Anticorruption Court (HACC), which began its work in September 2019.

However, entrusting the HCJ with the authority to head the formation of these bodies has led to a failure: it did not approve the membership of the integrity and ethics committee, rejecting the applications advised by international bodies; and the Tender Panel was not formed as a result of the levelling of the role of international experts by HCJ’s secondary legislation – international organizations have refused to nominate international experts[2].

The same law proposed to halve the composition of the new Supreme Court (formed during 2016–2019). The motives for such a move have not been explained to the society. The Council of Europe and the Venice Commission criticized it, citing the need to significantly reduce the workload of the Court and the incompleteness of reform of lower-level courts[3].

Subsequently, the CCU declared unconstitutional the provisions on the reduction of the composition of the Supreme Court and the HCCJ, the establishment of the Commission on Integrity and Ethics and some changes in the system of judicial discipline[4].

As for the achievements in the field of judicial reform, the launch of the work of the HCCJ (from September 2019)[6] can be noted. Another important initiative of the previous government is important: the courts are gradually being protected by the Judicial Protection Service – a new militarized service of the judiciary (previously court protection belonged to the sphere of responsibility of the Ministry of Internal Affairs of Ukraine)[7].

The preliminary approval of the amendments to the Constitution of Ukraine regarding the waiver of an advocate's monopoly on representation in courts is another positive development (introduced gradually, starting in 2017)[8] noted by the human rights experts. Although this does not mean a definitive rejection of it, as the relevant provisions are implemented in the procedural codes. Civic organizations support the Government's initiatives to launch a classic jury and develop alternative ways of dispute resolution, including mediation and arbitration. Progress has also been observed in the enforcement of court decisions as a result of the cessation of corrupt practices in blocking executive proceedings.

Significant changes in legal education are noticeable: the evaluation of the applicants to the law master studies is based on the technology of external independent evaluation, the financing of specialist training of which is dependent on the evaluation results. The introduction of a unified state qualification exam for law school graduates is expected in 2020. It will allow to assess candidates’ preparation for the legal profession on a single basis and without corruption[9]. However, substantial demand is still received by specialized educational institutions belonging to the system of militarized bodies of executive power, which do not provide an adequate level of legal training. Moreover, the statements of the new Minister of Education and Science of Ukraine (when applying for this position) about the possibility of narrowing the scope of external independent evaluation are alarming.

Changes in the prosecutor's office are ambiguous. On the one hand, experts criticize the excessive concentration of organizational powers in the hands of the new Attorney General. Thus, the law from 19 September 2019 suspended the activity of self-governing prosecuting authorities. In particular, the activity of the Qualification and Disciplinary Commission of Prosecutors was suspended until September 2021[10]. Many of the issues previously defined by the law have been referred to the Attorney General. Selection, appraisal and disciplinary powers have been delegated to staffing committees set up by the Attorney General (in practice, half are composed of prosecutors and half are from civil society nominated by the international experts). On the other hand, the law gave an impetus to purge the prosecutor's office of unscrupulous personnel, which, unlike in case with the courts, demonstrated positive tendencies (for example, only 45% of the Prosecutor General's Office and 68% of regional prosecutors passed the attestation)[11]. This gives hope for the modernization of the prosecutor's office in the future year or two, although the lack of institutional capacity of this body to be independent still remains

The new political power, led by President of Ukraine, Volodymyr Zelensky, has declared that judicial reform as one of the main tasks for combating corruption and securing the economic growth of Ukraine[1]. Ukraine's commitments to the International Monetary Fund[2] and the European Union[3] undertaken in June-July 2020 reaffirmed the importance and priority of judicial reform, especially in terms of the need to strengthen the integrity of the judicial governance, in particular the judiciary in general. However, this task is challenged by:

Key issues that need to be resolved:

Justice policy needs ordering. It is advisable to develop a new strategy (concept) for further steps in the judicial reform that would be supported by civil society, the business community, and the international partners of Ukraine. The principles of the further reform should be:

Changes should be project-oriented, synchronized with a predefined clear plan of action as well as authorities and individuals responsible for the implementation of each project. Such projects should first and foremost be:

1. New governing judicial bodies as the agents of change. HCJ staff is cleared by an independent body, and if the goal is not met – the constitutional changes should create a new body with a majority (at least for a transitional period) of members from the civic society with impeccable reputation. New members of the HCJ, staffing and disciplinary bodies, and prosecutors are appointed only after careful scrutiny of integrity and a transparent contest with a decisive vote by members of the public and international experts (the latter are engaged on a temporary basis to ensure credibility of the staffing policy). Judges and prosecutors delegate their representatives to these bodies not through intermediaries, but through direct electronic voting among the candidates, who passed pre-screened with the participation of the public and international experts.

2. New judicial institutions. In the Supreme Court, the law establishes an anti-corruption chamber, the selection of judges to which is carried out under the rules of selection of judges to HCCJ with the involvement of the Public Council of International Experts. The Supreme Administrative Court is created to consider administrative cases of national importance in the first instance. A classic jury trial should be introduced, where jurors make decisions about a person's guilt, as well as magistrates in territorial communities as a solution alternative to settling the dispute in court. The practice of prolonged stay of the same persons in the positions of chairmen of courts should be dismissed.

3. Monitoring of the integrity of judges and prosecutors as a mechanism for accountability. The mechanism for exercising the duties of judges and prosecutors, as well as the candidates for these positions, to prove the legality of the origin of property, non-performance of which should be the ground for dismissal (rejection of the candidature) should be determined. The transparency of qualification assessment procedures should be enhanced with the possibility of reviewing the decisions of the previous composition of the HCJ. Inappropriate conduct by a retired judge who has prejudiced the authority of the justice may be the ground for his/her deprival of the status of a retired judge.

4. Electronic court and the de-bureaucratization of litigation. Document flow in courts should be simplified and transferred into electronic form. The electronic court should become a part of the "state in the smartphone" concept. Hearing of the certain categories of cases online, regardless of where the parties and the court are located, should also facilitate the even distribution of cases between courts and judges. Court procedures should become less formalized, more understandable and simplified provided that it does not impair the guarantees of judicial protection.

5. Hearing renewal mechanism for crimes not committed by the convicts. Convicts unlawfully sentenced to life imprisonment or other long-term imprisonment, should be provided with a statutory mechanism for reviewing the judicial decisions against them based on the defined criteria. 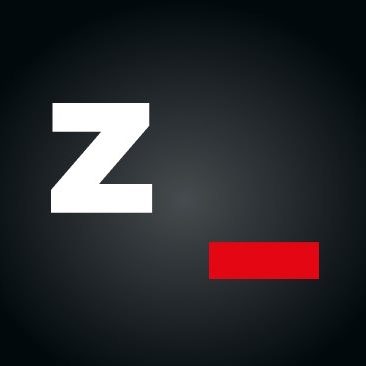